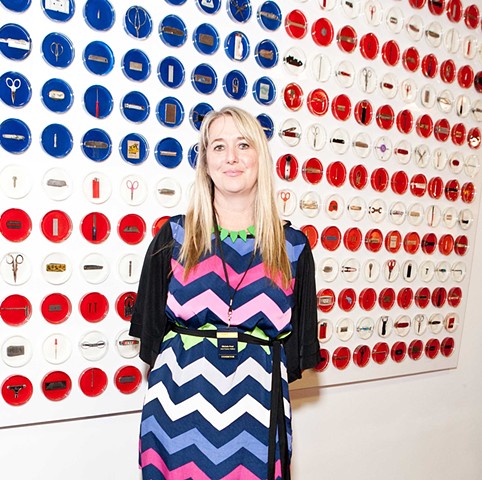 Her artwork has been exhibited in galleries and art fairs in London, Stockholm, New York, Bologna, Miami, Los Angeles, Chicago and San Francisco. Her work is part of the permanent collection at the 21st Century Museum, The Contemporary Museum in Honolulu, the Di Rosa Preserve in Napa, CA and is held in numerous private collections. She currently has a solo exhibition, (Dis)possessions at the Kohler Art Museum.

Michele Pred received her BFA from California College of the Arts where she currently teaches.

She is represented by the Nancy Hoffman Gallery in New York.