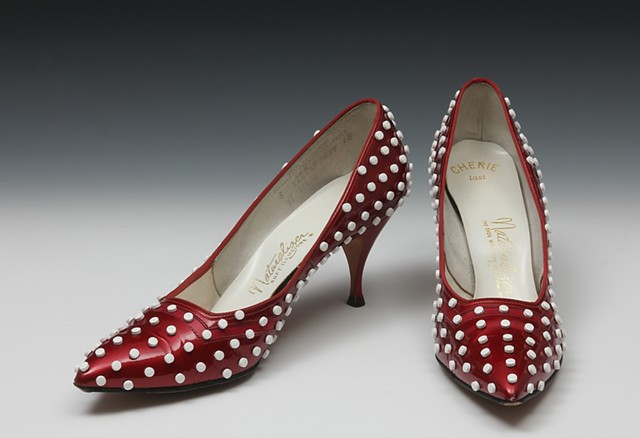 "Promote the General Welfare" The title of this series is borrowed from the first line in the US Constitution.

I use expired, unwanted and placebo birth control pills as an expression of my frustration over the continuing and growing impediments to fair, safe and affordable access to birth control and other women’s services in the United States. This body of work is also a response to the many negative attitudes toward birth control that have stubbornly persisted since the pill became available in the early 1960’s.

Finally, this body of work is rooted in my formative years growing up in Berkeley, California during the 70’s, where I was exposed to the women’s movement. It is also a continued homage to my father who inspired the feminist in me at an early age. If you would like to donate your unwanted Birth Control pills (expired, placebos, missed), please email me michelepred@gmail.com As a thanks I will send you a signed print in return.